I am a postdoctoral researcher at Solent University. My research spans cultural theory and creative media practice, focusing on the relation between humans and (digital) technology. My work emphasises the future of society, whether that be distant or imminent, in order to inform our understanding of the present.

I previously worked for the Birmingham Centre for Cyber Security and Privacy, and before that received my PhD in Digital Technology Theory and Practice from the University of Wolverhampton for a thesis on The Cyborg Subject. Before my doctoral work, I was a member of the Birmingham ElectroAcoustic Sound Theatre following my Bachelor's and Master's degrees at Birmingham.

My creative media practice operates in dialogue with my theoretical work. This is often in the style of a productive antagonism, each mode of thinking bringing out challenges to and questions for the other. My work includes web-based media, computer-generated images/film/sound, interactive and game-based works, augmented reality, and avatars.

Privacy remains both contentious and ever more pertinent in contemporary society. Yet it persists as an ill-defined term, not only within specific fields but in its various uses and implications between and across technical, legal and political contexts. This research offers a new critical perspective on privacy in terms culture. This is based on promoting a shift from the negative, fear-based representations we are offered by mainstream media and art alike, towards performing privacya as a collective and creative endeavour.

Research in this area has led to engagement with press and policy.

This research creates a mixed method combining the creative practice of speculative design, the social thought experiments of speculative fiction, and the applied future critique of speculative ethics, to explore issues of inclusive and sustainable technology in the present.

The Speculative City : This project, funded by a Solent RIKE grant, uses the speculative media method - combining speculative design, fiction and ethics - and mixes together machine, natural and human creativity, to reimagine a more ethical and sustainable future Southampton. This is being developed with a team of students to build a VR experience. The project can be found here.

Digital technologies propagate similar processes of mediation across the globe. However, this process is also chaotic, emphasising difference and creating spaces for emergent media practices. Society is both converging and fracturing through technology. Will we come together in new forms of collective consciousness? Or destroy one another in feedback loops of conflict? This ongoing project seeks to understand the technologically mediated future of humanity as a fractal process. Described by Benoit Mandelbrot as a method of understanding seemingly random patterns in the world, fractals remain loosely defined. Instead, they display characteristic tendencies which are applicable to digital technologies:

Falconer also reminds us that there are no fractals in nature - they are a human-imposed process of pattern recognition. This is an essential component of understanding technology - it is an artificial realm of human creation. How then can we understand and use the simultaneous order and chaos of fractals? Can we ever see the full picture of relations between humans and technologies? How can we creatively use these processes to critically approach the future of technology and society?

Fractal media is an interdisciplinary project consisting of a number of partial strands of enquiry, spanning theory and practice.

The scars of humanity can be seen across the Earth. However, observing such ecological violence and their implications often requires the right perspective beyond the spatial and temporal limits of individual humans. This research builds on Morton’s hyperobjects with a critique of responsibility, adding the need for a hypersubject in the ecologically-aware future of humanity. Fractals are offered as a mode of assessing the human hypersubject and its extension by technology, self-similar across scales. Focusing on Google’s widely available tools, its problematic relation to the environment as a company, and critical interventions by media artists Mishka Henner and Paolo Cirio, the article examines technologies that enable a ‘posthuman’ position from which to view the fractal activities of humanity: Google maps and Earth; Street View; and the Google search engines. These new perspectives allow for spatiotemporal detachment from the anthropocene and therefore a position from which to conceive of posthuman techno-ecologies.

The project led to a web-based creative media output exploring the mediation of posthuman perspectives on ecology through Google's tools. The work was published alongside an artist's statement in Screenworks Journal

How do we play in fractal universes? This research analyses games at three fractal levels:

Forthcoming article on webcomics, the infinite canvas and hypertexts.

"The age of humanity is at an end! The cyborg cometh! This does not, however, represent cause for alarm; it is not the apocalypse, the new age will cause no sudden doom in which every last human is scoured from the earth by the rise of maleficent technology. Neither does not it constitute a technological singularity; there are no preparations underway for the ultimate party at the joyous moment of simultaneous transcendence by the entire species. It is not a single event at all. It would not be possible to define the moment at which humanity ceased and cyborgs appeared, for it is a process that has been decades, centuries, even millennia in the making, and it is far from complete. The cyborg is evolving just as humanity evolved." 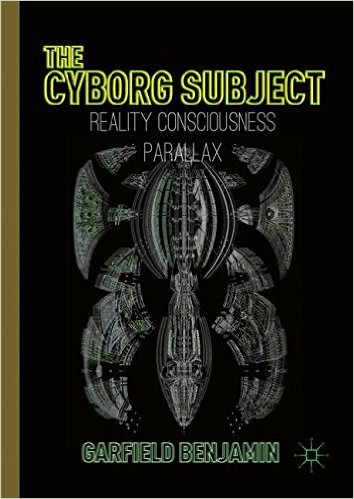 This book is the result of my PhD in Digital Technology Theory and Practice at the University of Wolverhampton. Find it at: